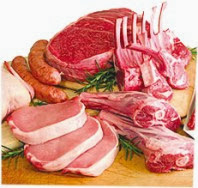 In my previous post, I had mentioned about the fact that Satan tries to dissuade us from offering sadqah. He instills an irrational fear of poverty in our minds so that we may shirk from sharing our wealth. If a person falls into the trap of Satan then even though he may be stinking rich, he will be fooled into believing that he will become poor by offering an animal sacrifice. However, if a person understands the cunning ploys of Satan then he will not be misguided by him.

In this post, I shall discuss another important factor related to Sadqah. Besides, fearing poverty simply by doling out some money for the needy, some people may also be misled by Satan into believing that charity is quite a raw deal for them. They may feel that they are losing out on their hard earned wealth by sharing some of it with those who are poor. However, this is a misconception because the truth is just the reverse.  It has been categorically mentioned in the Holy Quran:

“O Prophet, say to them, ‘Indeed, my Lord extends provisions for whom He wills of His servants and restricts (it) for him. But whatever things you spend (in His way) –He will compensate it and He is the best of providers.’ (TMQ-34:39)

This verse clearly shows that whatever we spend in the Way of Allah (swt) has a great value in His eyes. Allah (swt) compensates it with some other bounty. This verse busts the myth that sadqa done in any way is an unprofitable deal for any us. Sadqa does not decrease our wealth in any way because our Creator has promised to replace everything which we offer to the poor. As the saying goes, ‘A word to the wise is enough’ so for those who are wise it will be easy for them to grasp the gist of the above mentioned Quranic verse. They will easily understand that by giving charity they are not on the losing end because they will be compensated by Allah (swt).

Here is a hadith which also shows us that giving charity does not mean incurring a loss, though it may seem to be so.

Aby Huraira (ra) related that Allah’s Apostle said, ‘No money ever decreases because of charity, when a servant of Allah forgives, Allah increases him in dignity’; and whenever a person humbles himself to Allah, Allah will elevate his status’. (Narrated by Bukhari and Muslim).

Therefore, we should not hesitate when it comes to sharing our wealth with the poor.